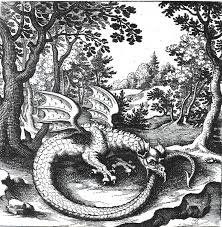 In researching several recent topics, I am getting reacquainted with APA Style. I never really learned it thoroughly in the first place. My main course of study in college required the use of MLA Style, designed more for the languages and language arts. Where I once studied languages (French and Russian) in great depth regarding their structure, grammar and idioms, I am now studying language itself. The study of language is also social science, which looks at the ways we communicate. Communication, whether it be verbal, non-verbal, cultural or social, is a dynamic system.

Writing about communication, then, requires the use of APA Style. Communication is a sort of umbrella field that overarches others that require APA Style, including:

I love the study of languages, enjoy communication and writing and have come to have a passion for psychology later in life. My recent interests, including participating the Master of Communication program at Queens University in Charlotte, have brought me to a point where I must understand APA Style better if I am to continue my studies.

Although being fastidious in tracking and documenting sources can be quite tedious for me, I appreciate its importance in leaving a trail for later scholars to follow. In the vein of my “Monk in the World” theme, I think of scribes in medieval monasteries, who needed great patience and to be extremely detail-oriented in order to produce beautiful, accurate manuscripts for posterity’s sake.

The element that most surprised me in studying APA Style, is its particular attention to the risk of bias coming through in writing up scholarly research. As APA Style deals in large part with the social sciences, it follows that groups of people will often be identified by their culture, race, gender and other markers. Insofar as one doesn’t compromise their research by changing identifiers, writers using APA Style are encouraged to alter pronouns to the plural and identify groups of people with adjectives rather than biased nouns. Using a phrase such as, “disabled persons,’ instead of the noun, “the disabled,” takes the focus off of the descriptor and adds weight to the noun, “persons.” To me, this encourages the reader to think of people as people first, and not to identify them with their particular situation outside of what is required to understand the research (Paiz, Angeli, Wagner, Lawrick, Moore, Anderson, Soderlund, Brizee & Keck, 2017).

A question for further study would be to examine papers where the altering of language to avoid bias has inhibited the communication of research, as well as those where it has enhanced it by use mind-opening language.

One of the hardest things for me to remember in using APA Style guidelines is how to record the various kinds of in-text citations. There are a number of rules for capitalization, quoting (short-form and long-form), italicizing/underlining, as well as paraphrasing and summarizing, depending on what type of writing within the text the citation is referencing. And, in the references list at the end of a paper, the style is different still (Paiz, Angeli, Wagner, Lawrick, Moore, Anderson, Soderlund, Brizee & Keck, 2014).

Yet, like the monks copying scripture ages ago, consistency and precision are key in using APA Style. When citations are precise, other scholars and researches do not get confused about where information was obtained and are easily able to track down at the sources cited, as well as ancillary sources, for further research on the topic. One major difference between we modern researches and those monks is the determination of who can use poetic language. The scriptures the monks produced were both practical and poetic, using figurative language and metaphor. We modern researches must avoid flowery language in our research, keeping the data clear for maximum comprehension.

One of the nicest things about APA Style is that provides stylistic guidelines for writing, not just rules on citing sources. It encourages the author to use the active voice in writing up research (Paiz, Angeli, Wagner, Lawrick, Moore, Anderson, Soderlund, Brizee & Keck, 2015). I have some friends in a band who titled one of their albums years ago, “Excessive Use of the Passive Voice.” As excessive us of the passive voice is often a criticism in all kinds of writing, I found it reassuring to be encouraged to use active voice. It’s not always easy to do. For me, using active voice helps it be viewed as a living thing, still important, still active, not ancient history.